For many who ride waves, the experience can be life-shaping, growing into a lifelong obsession. We see it in the people who have rejected a traditional lifestyle, and chosen rather to engineer one centered almost entirely around surfing — one of these such people is chef John Sagadraca.

Growing up in New Jersey, the product of an eclectic mix of Hawaiian, Japanese, Filipino, Scottish, Irish, and Spanish roots, John and his family would travel to visit their cousins in Hawaii. On one such trip when he was ten years old, a cousin put him on a surf board and that was it.

The next summer back in Jersey, he convinced his mother to buy him a 50$ board (which he still owns to this day). He would have her drive him to the beach almost daily even throughout the winter to surf the swells of the Jersey shore.

That love for surfing has remained constant ever since, throughout John’s studies and apprenticeship to become a professional chef. The now 30-year-old globetrotting Sagadraca still surfs over 300 days a year. 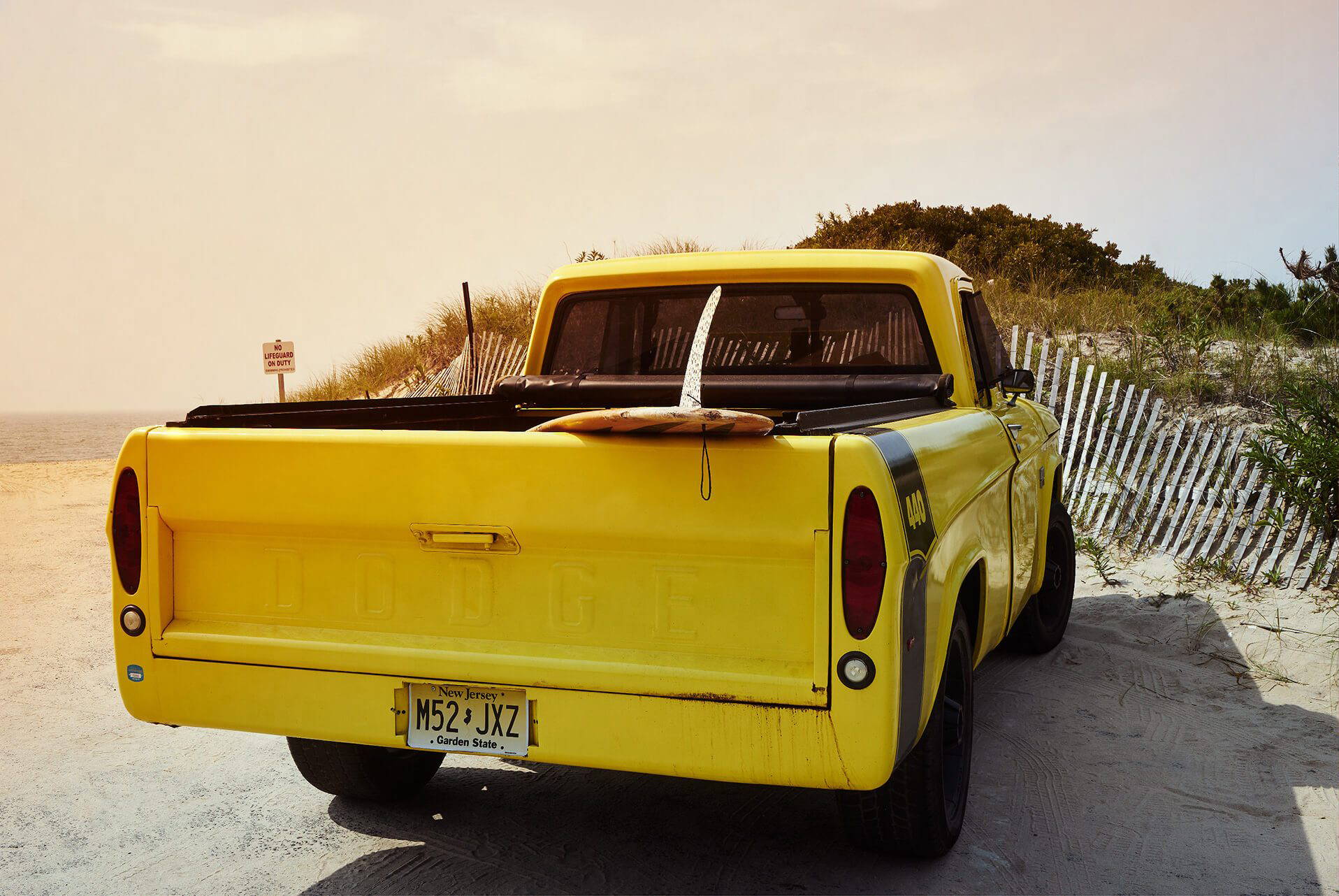 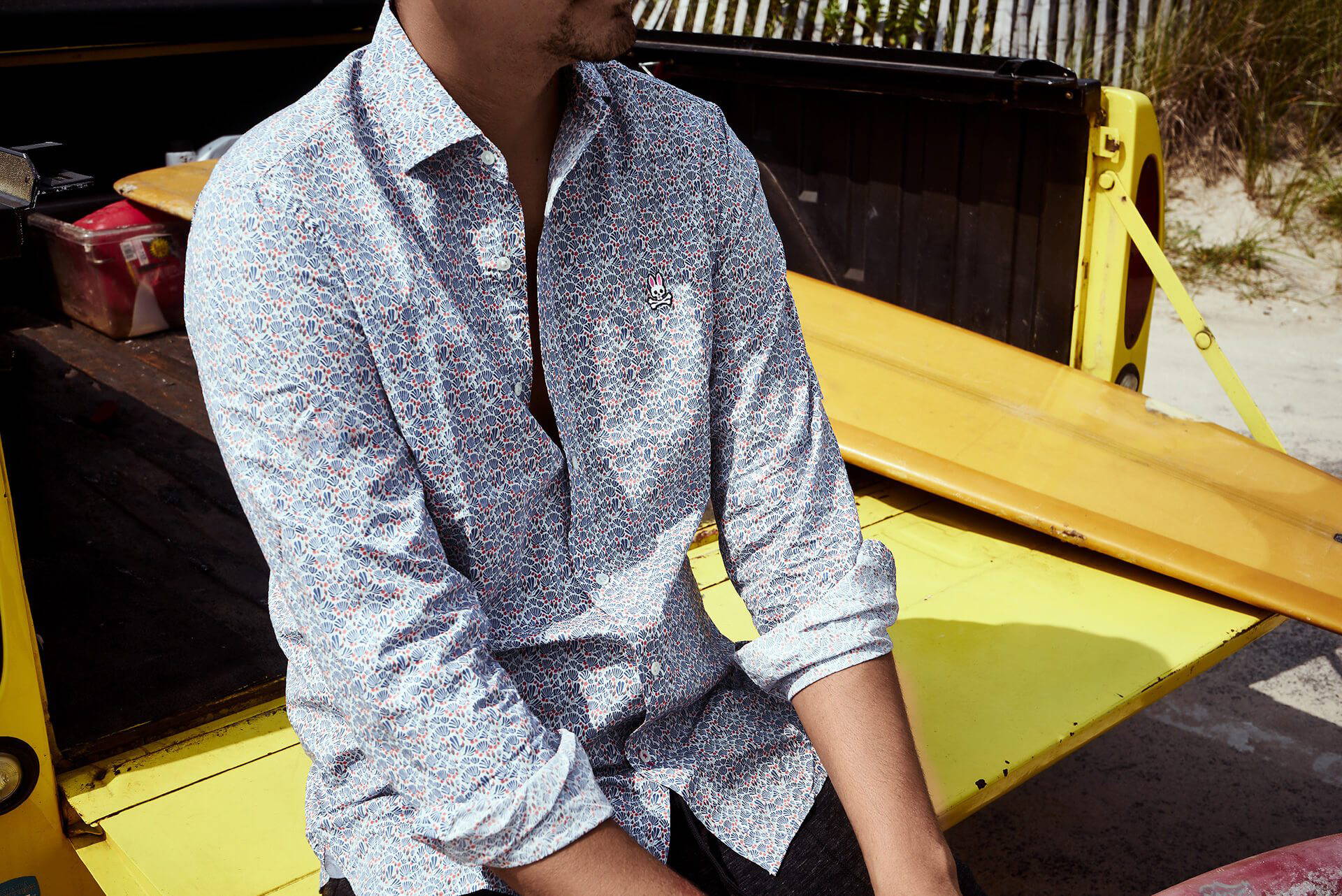 How did you decide to get into cooking?

On the Hawaiian-Filipino side, family is everything — I used to see my aunts and uncles two-three times a month. My uncle Jerry was a professional chef, and every time we’d get together, I’d be his sous and help him prepare exquisite spreads for even the smallest of family gatherings. I knew even from a very young age that I wanted to be a chef.

So how did you make the jump to doing it professionally?

In 8th grade I decided to apply for a specialized culinary high school program. For three periods a day we worked in the school restaurant, and for the entire senior year we ran the 100-seat restaurant — designing the menu, ordering and tracking food supply, scheduling staff, basically learning the entire business. After high school I went to college at the Culinary Institute of America, and from there spent ten years working in some of the most prestigious restaurants in New York City. 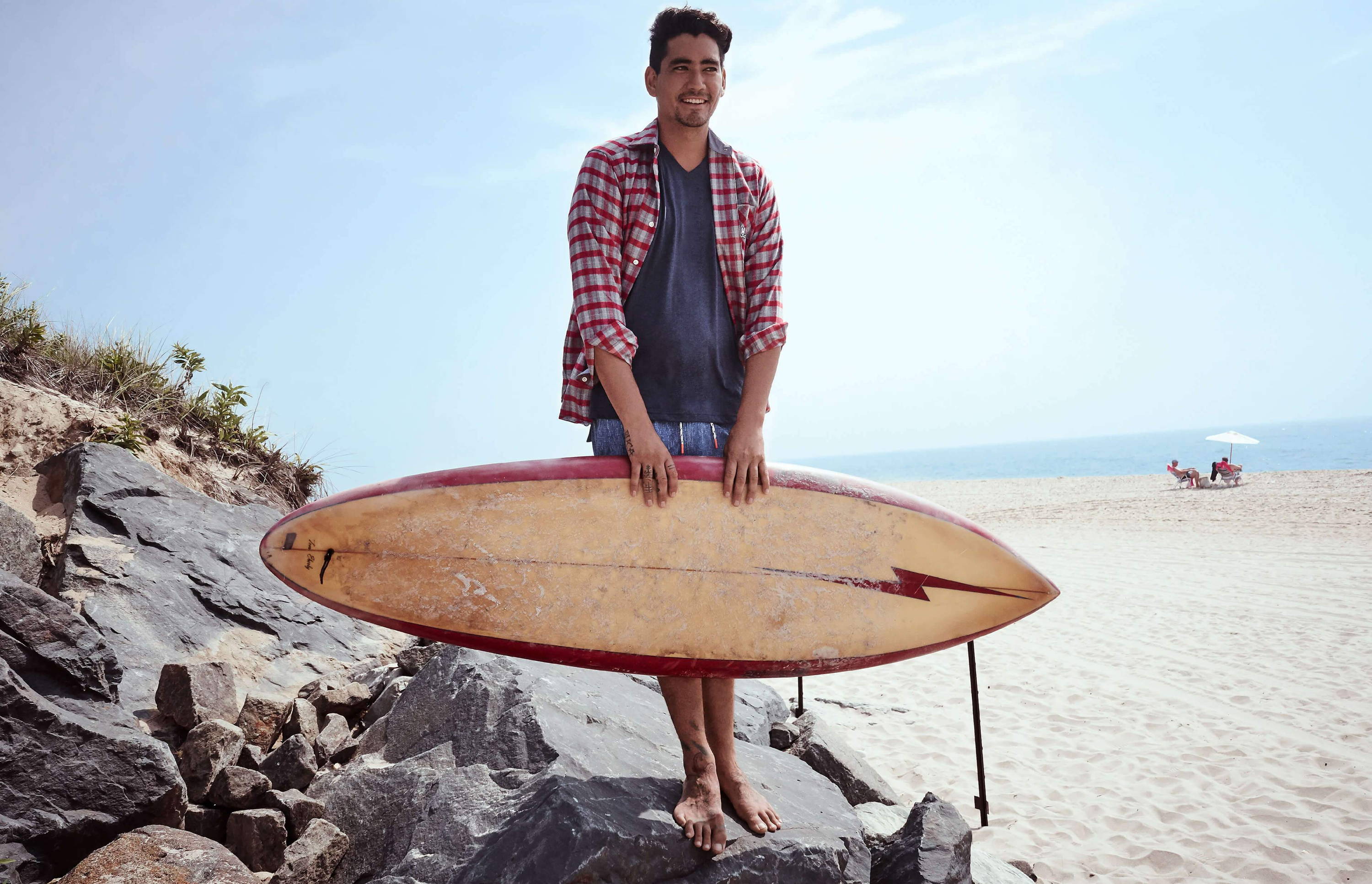 And were you surfing this whole time?

Oh yeah, I was always surfing whenever I could. When I moved to Brooklyn, I was working for the French chef Daniel Boulud at his flagship restaurant Daniel, and then as part of the opening team at Bar Boulud, working 90 to 100 hours a week. On the one day off a week I had in the summer, I used to take the subway for an hour and a half out to Rockaway beach to surf. In the winter I’d get two days off a week, and the swells at Rockaway are actually bigger then, so I’d get most of my surfing done in the winters.

What lead you to spending summers in the Hamptons?

After working in high-end NYC restaurants for ten years, I was looking for something new, and the Hamptons was the perfect place to be able to surf more often. So, I moved into doing private work, which really opened me up to the chef and surfing lifestyle. Out there as a private chef, I work between four and five days a week, but even on days I’m working, between lunch and dinner, I’m at the beach for four hours surfing. I’ve been doing this for the past four years, and it’s been amazing.

It’s pretty special in that way, and it’s really seasonal. For five months in the summer, the towns flood with seasonal workers from all over — Miami, Central America, and a lot of them surf — surfing and the food scene in the Hamptons, it’s all related to water culture. When you’re surfing you’ll see your fish guy out in the water, and he’ll say “hey man you gotta come check it out I just caught some amazing new tuna”, it’s pretty wild. Just the other day I was out surfing with the son of the owner of one of the fish shops out here, two of the guys I buy clams from, and the owner of one of the biggest tuna fishing boats. They’re trying to get into the water by six am, because by nine they have to have the boats in the water. 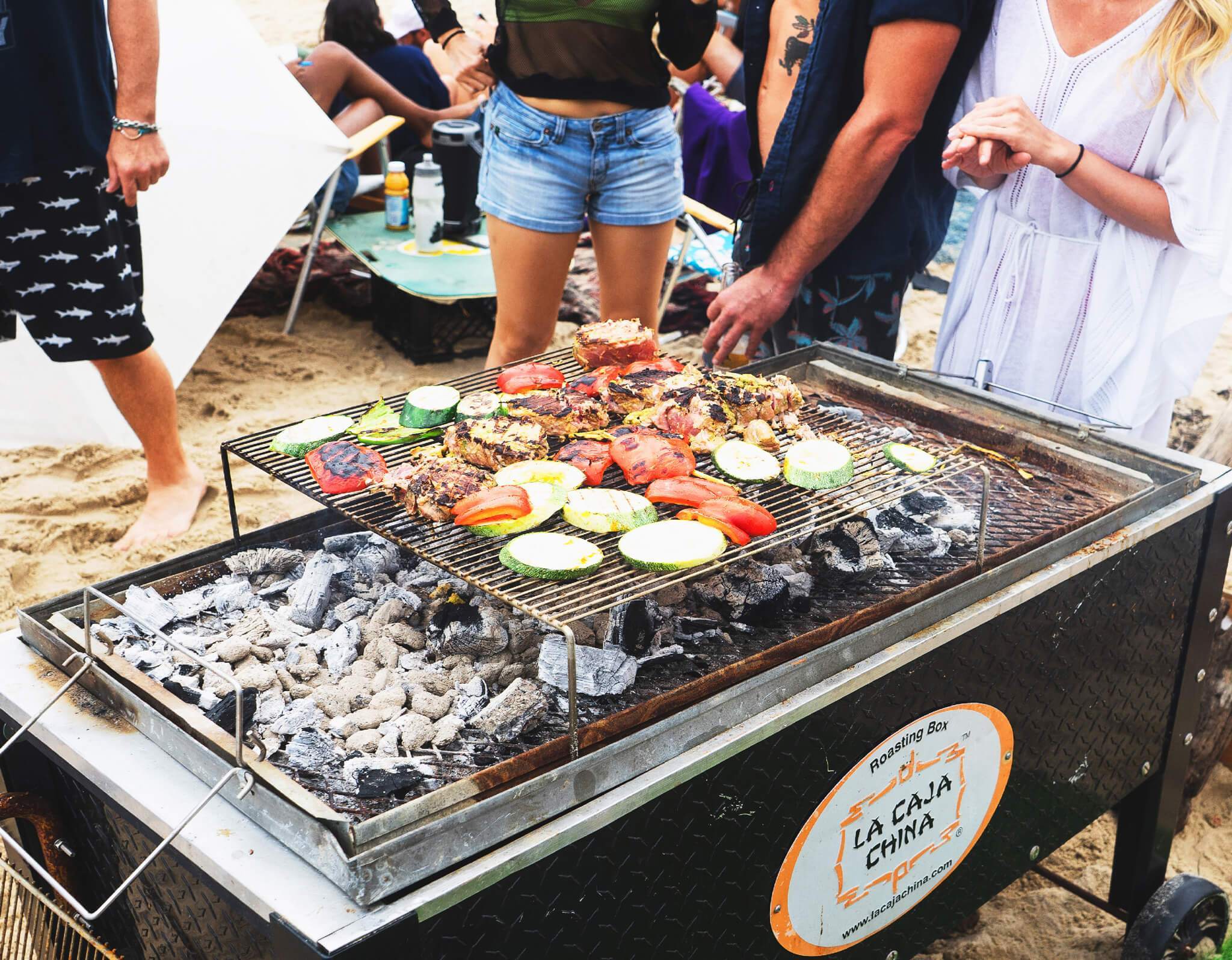 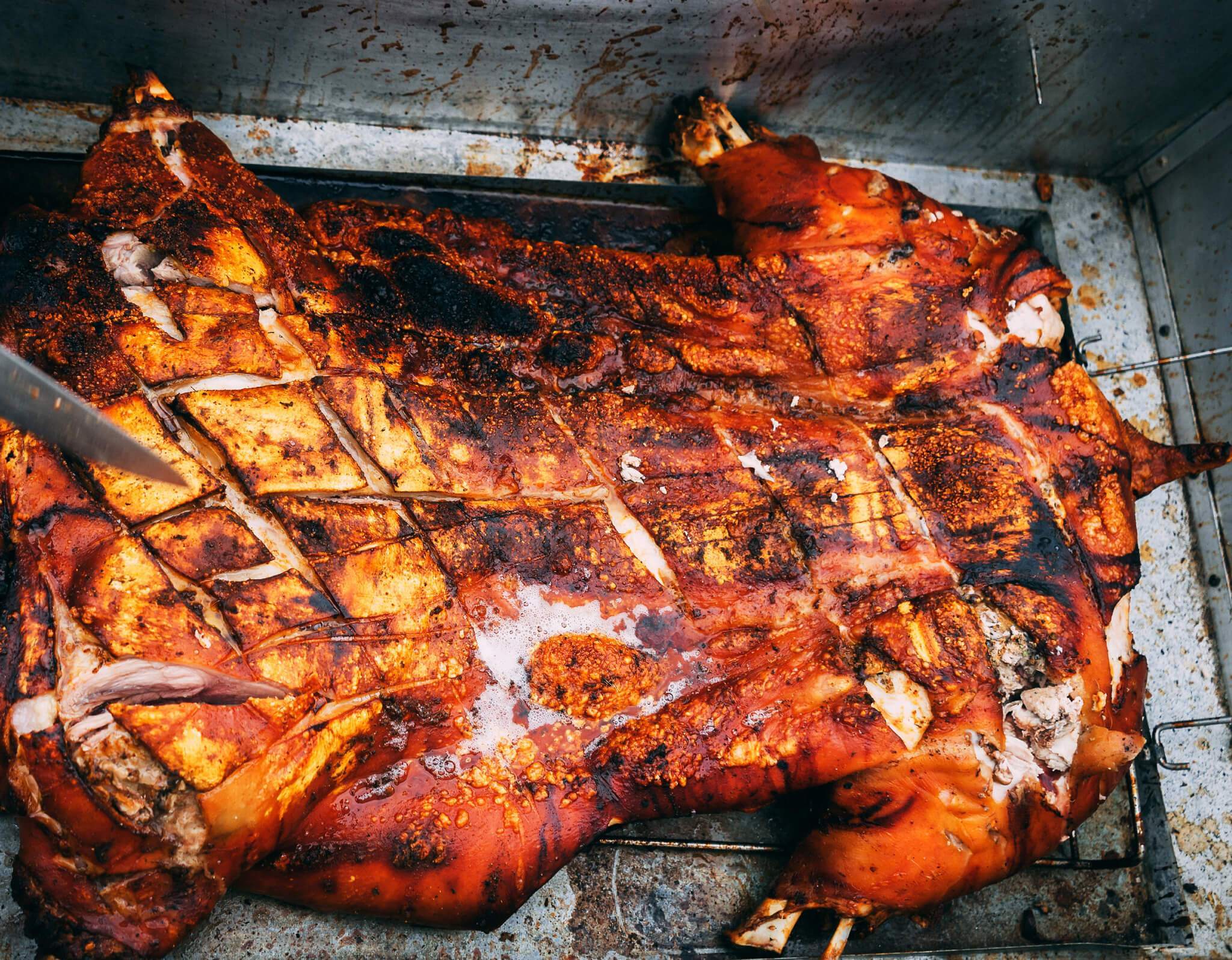 “On the one day off a week I had in the summer, I used to take the subway for an hour and a half out to Rockaway beach to surf.”

What happens at the end of the season in the Hamptons?

You head off in search of more waves! Lately we’ve been spending the other five-six months of the year down in Nicaragua. Initially it was the surf that drew us, but once we were down there, we met some great people and some interesting opportunities presented themselves. We met a Canadian surfer who had been living there for a few years and mentioned really missing the dumplings back home in Vancouver, so I said to him “you know I’m a professional chef right?” At first, I think he thought I must work at like an Applebee’s or whatever. I prepared him and his friends steamed pork buns, soup dumplings and shrimp shumai and he was blown away. Literally the next day he hits me up like “hey let’s open up a restaurant”. At first, I was like “sure thing bud”, but he was dead serious. He buys me a plane ticket and tells me to get my knives, get my dog, and handle my shit. I go and do that and come back, and we opened up a 30-seater Asian cocktail bar called Parlour. There had never been anything with that flavour profile before in San Juan del Sur, so all of the surfers, the travellers, the expats, they all flocked to it.

It’s a really fun spot and it’s been a really great experience. It was also just a big eye opener in terms of doing consulting while travelling to surf. A lot of the global surf destinations have a ton of expats living and surfing there, so there’s often a demand for different flavors. With the success of Parlour, the next year my partner Hillary came down with me and we lined up a contract to do a 100-room hostel and bar nearby. This time we did Pakistani-Indian cuisine knowing it’s such a big hit with the surf and yoga sets. 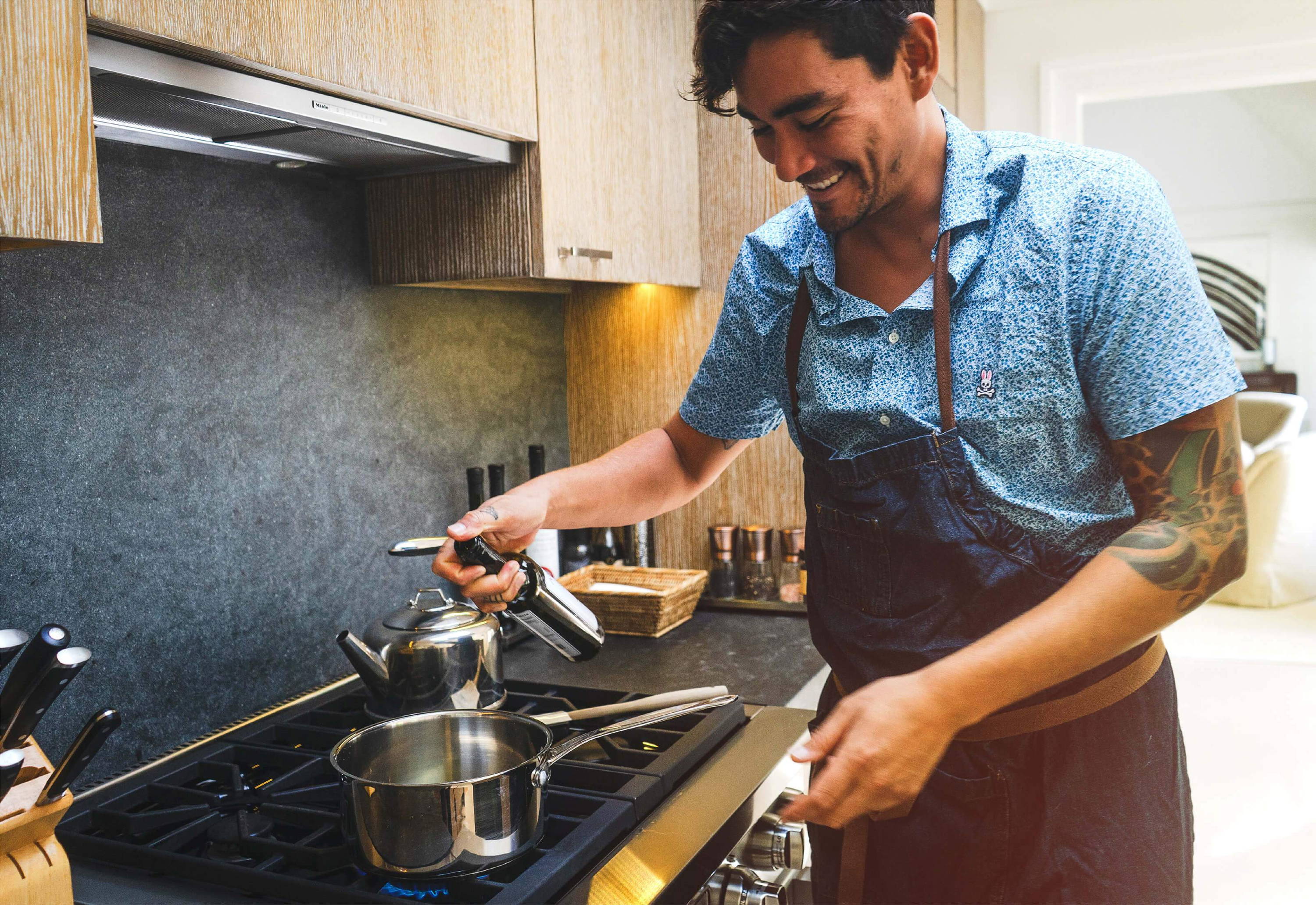 Right now, we’re hiding from the winter in Miami, but there’s no surf here so we’re going to have to head towards some waves sooner than later. Next stop after that will be Indonesia, they’ve got amazing surf, and amazing food — having travelled so extensively in Central America, I’ve always wanted to go to Asia. While I’m there I’d also love to do a stage in a restaurant kitchen. No preconceived notions or expectations, just go and if they want me to peel cabbages all day I’ll peel cabbages all day. As long as they let me surf every once in a while!