Lipsticks Through the Years: A Century of Colors – Rustans.com – Rustan's Skip to content
Men's Month Online Offers Discover promos and discounts this month of June
Shop with your credit card for exclusive treats Check out the latest offers from our bank partners

No makeup look is complete without that finishing touch that is your chosen lipstick color. What you put on your lips can totally shape your look.

As we begin to celebrate Lipstick Month, we’re taking you on a wearable history lesson. Each look presents the most influential and prominent color story of the decade. This isn’t your ordinary lipstick story—this lets you take a piece of the story with you, letting you in on the influences that make the trends today even possible. Isn’t It Jazzy: The Roaring 20s

The renaissance of lip colors didn’t begin until the 20s when the industry of moving pictures was just beginning to take off. As these pictures were captured and shown in black and white (and there were no recorded lines just yet), actors often had to wear darker shades on their lips.

This was so their features wouldn’t get washed out by lights and that they could further give the illusion of a more expressive mouth when saying their lines.

To channel the innovation of the roaring 20s today, shape your lips to the iconic curved, bow lip by drawing an X in the middle of your top lip using a lip brush. This makes your lips look smaller but still shapely and doll-like, and wear a darker lip on the more purple side of the spectrum like the starlets of yore did. 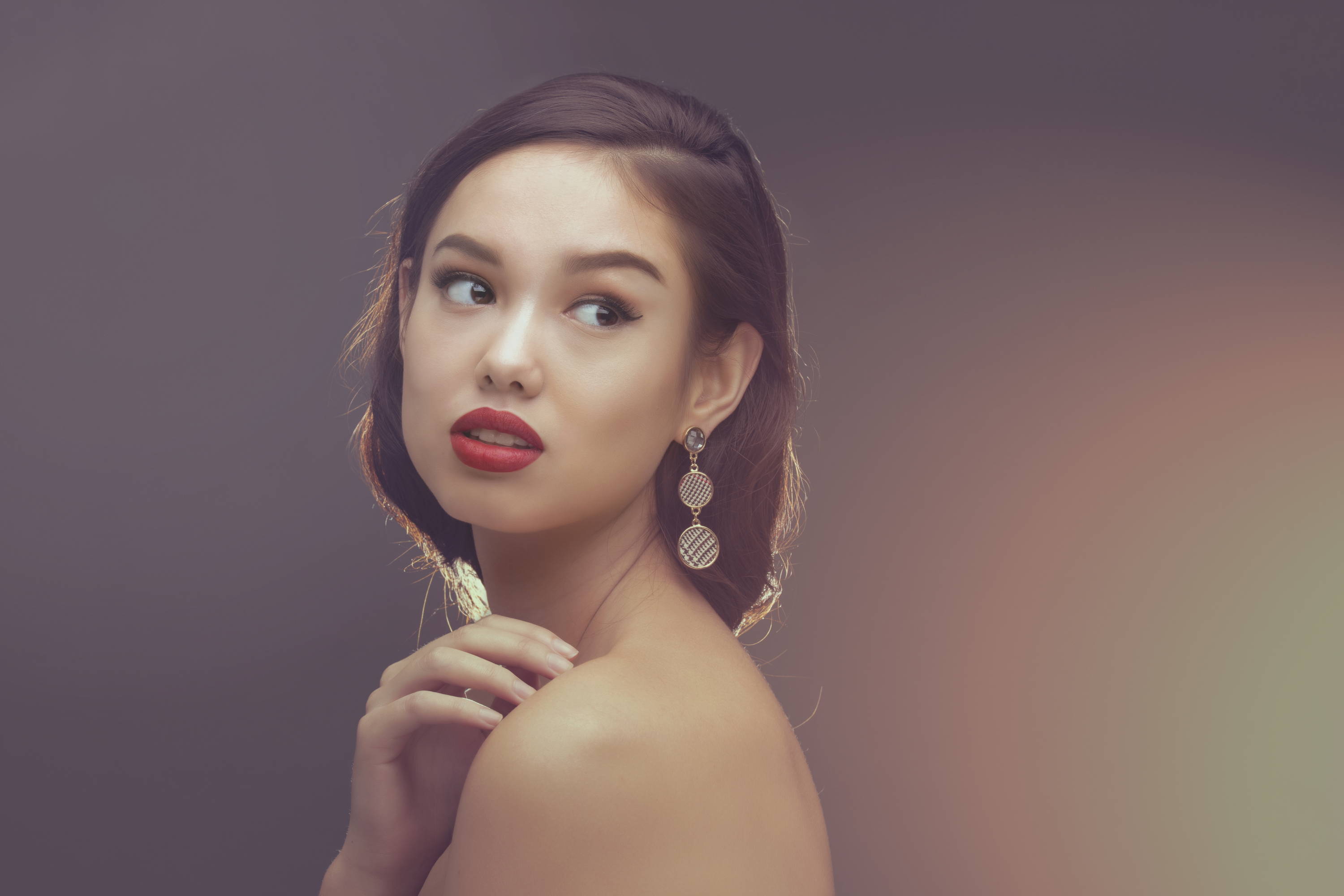 We Can Still Do It: The Revolutionary 40-50s

There’s a long history that supports why people feel more powerful when they rock a deep red lip.

This reason can be traced all the way back to World War I. There were a lot of politics that came with red lipsticks and the underlying but crucial role that cosmetics played in upholding societal standards and strengthening morale during wartime.

No longer were cosmetics just part of an entertainer or socialite’s kit—they were as good as war paint for the then-modern woman. So, channel your inner revolutionary spirit and look for a pigmented red lipstick with a touch of sheen.

Follow your natural lip line with a lip pencil and be fearless as you rock that bold, brazen red today! 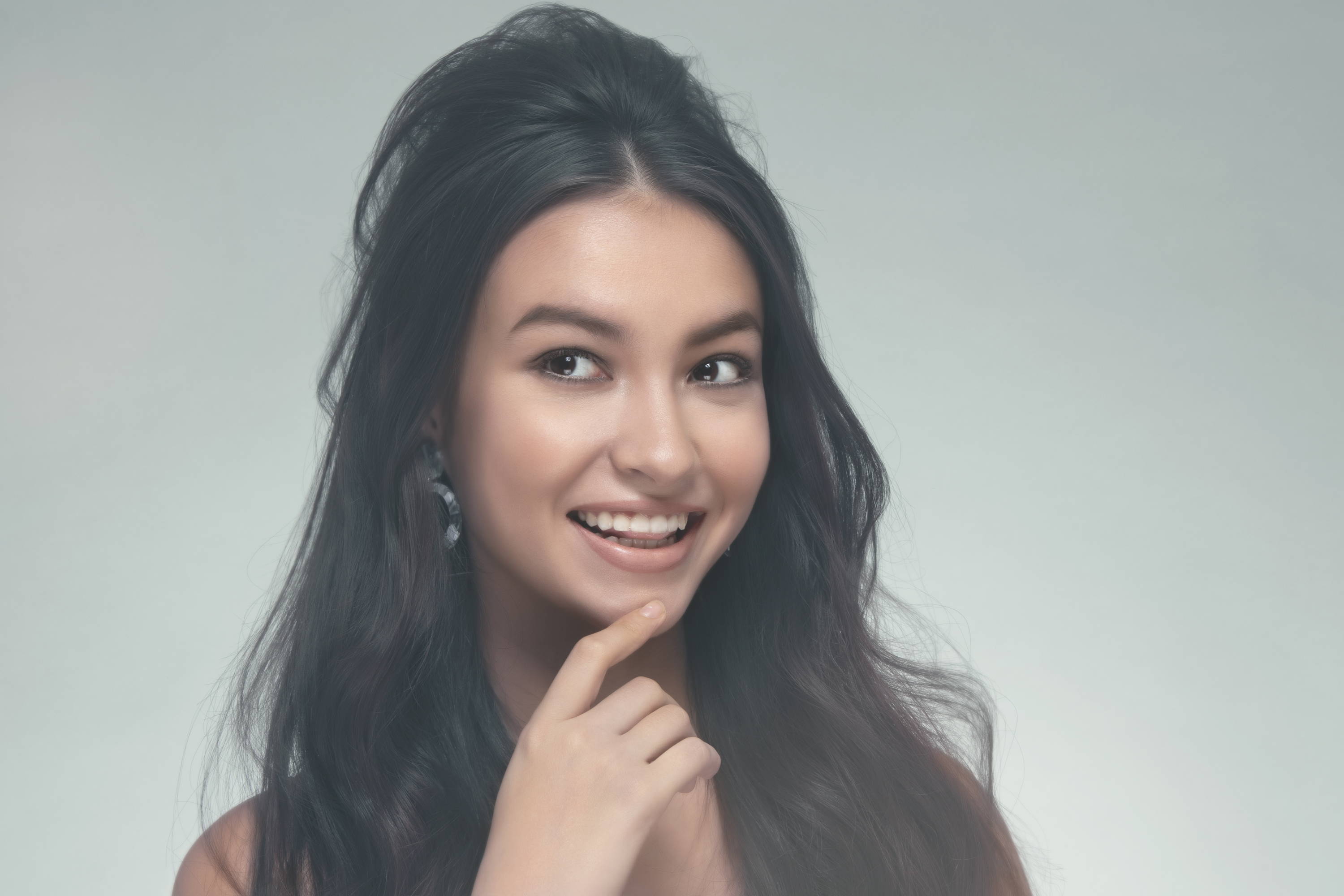 Take A Swing At It: The Swinging 60s

Things started to get a bit more dramatic as the cultural revolution began to rise after wartime, especially in Hollywood. This was when sci-fi properties such as 2001: A Space Odyssey, Star Trek, and Doctor Who started to take root as prominent cultural phenomena that would forever change the media landscape worldwide.

When it comes to lipstick colors in the 60s, they went for something more subtle. The emphasis was done heavily on the eyes, the beehive updos, and the fashion. Keeping the colors subtle, soft, and nude when you channel this era today is the way to go.

To wear the look today, get a nude lipstick of your choosing and slightly overline your lip with a nude that is one or two shades darker to create the illusion of a fuller, more dimensional lip. 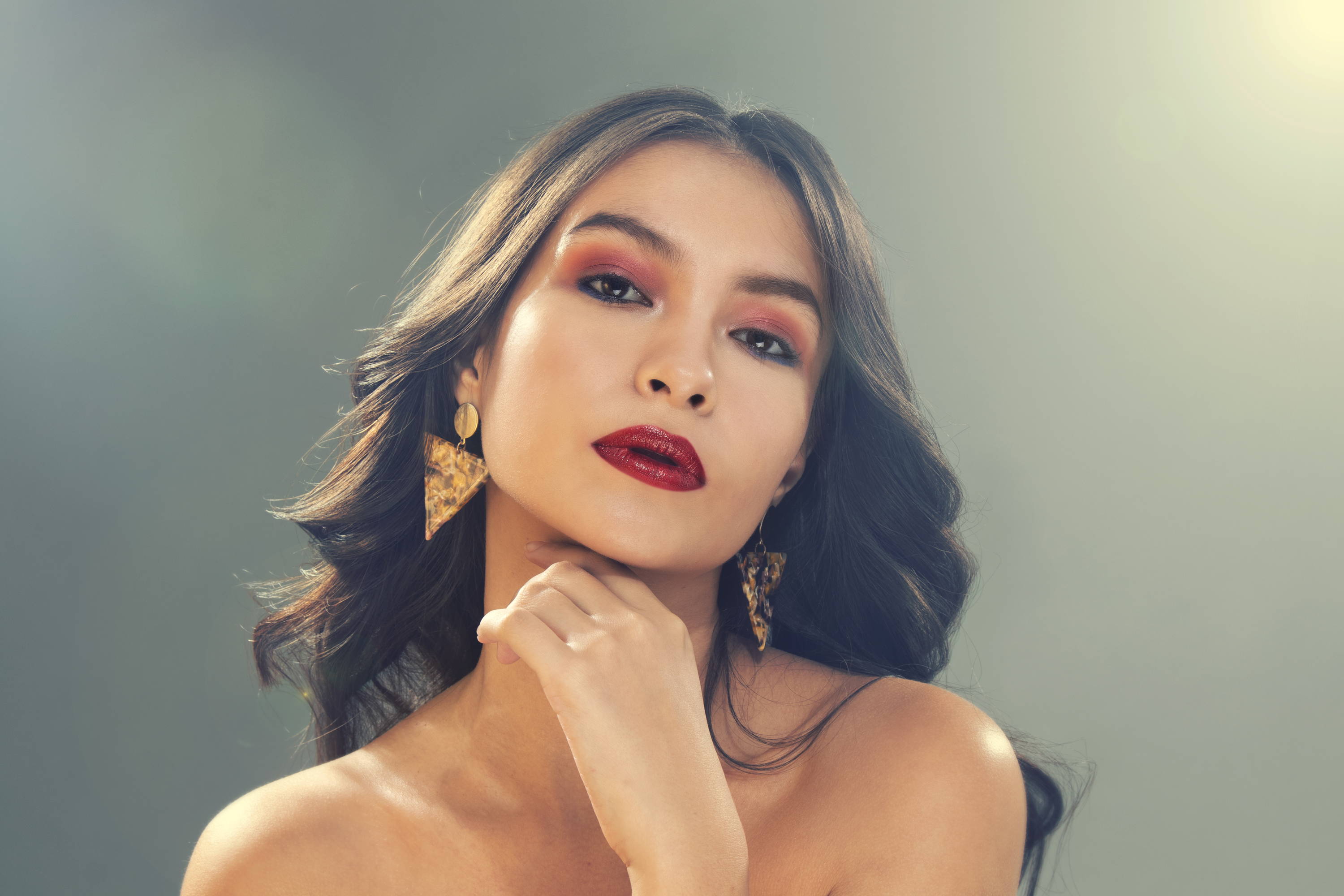 The Dawn of Disco: The Dancing 70s

From the French word discothèque, Disco came to be in the early 70s and would define the colors and music of the whole era. This electronic dance music was so influential that the slang around the music scene seeped its way into common vernacular. The vibrant colors and splashes of gold became the color palette of the decade, lip colors included.

If you want to pull off a more 70s vibe with your lip color—when in doubt, go for shine, shimmer, and sparkle!

Get a bold lipstick that complements your skin tone and add a clear gloss over the top. The 70s disco vibe was all about exploring vibrancy so no matter the color you choose, when you go for shine, it’s all groovy, baby. 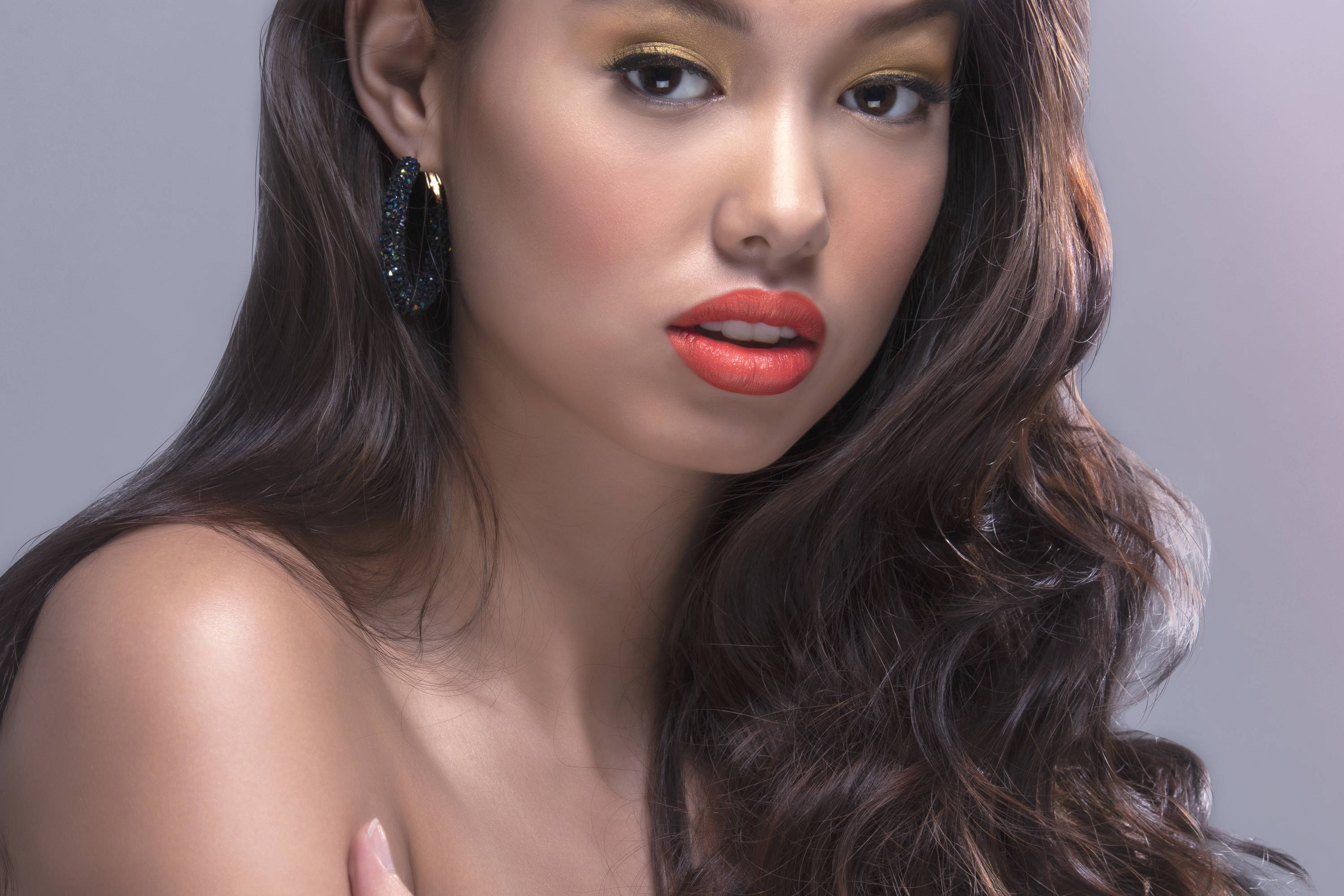 The Bigger, The Better: The Rockin’ 80s

The 80s were a time of voluminous hair, poofy sleeves, and outrageous makeup. Is it any wonder that this was a time when bright pops of color on the lips were also popularized?

The global economy was just beginning to right itself back after the first depression and just like the emergence of spring after a cold and bleak winter, so did the 80s and the loud and proud penchant for eye-catching color.

Rock an 80s look with the brightest lip color you can find. Line your lips to your desired shape. Match it with your most daring accessories and hairstyle, and feel like the 80s rebel you’ve always wanted to be. 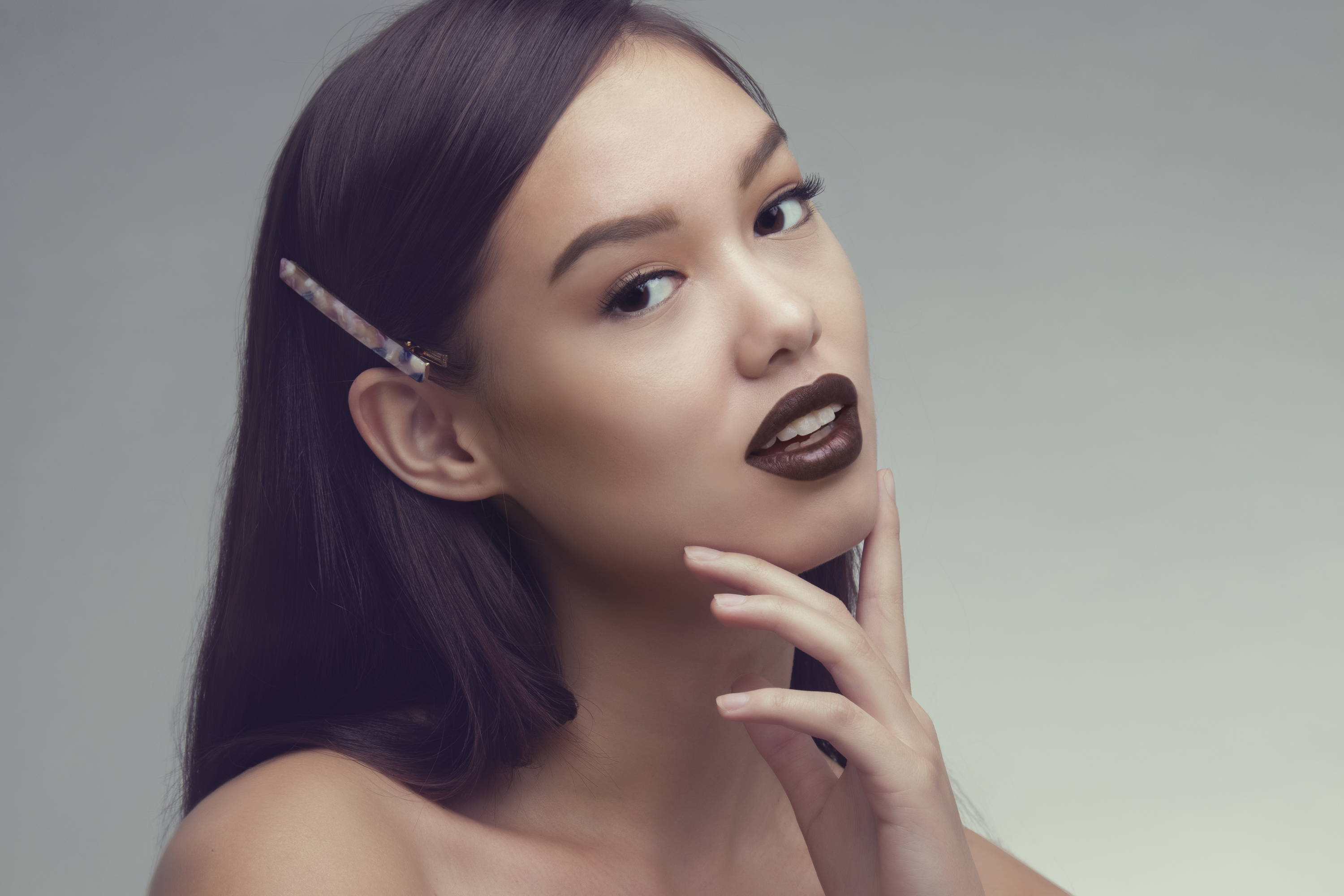 Only You Can Remember: The Popping 90s

These days, everyone is a bit nostalgic for a little 90s magic.

For many young adults today, this was when people were only beginning to explore their inner angst-driven rebellions as alternative rock, metal, and grunge dominated the pop culture scene. Chaos, after all, was the currency of the 1990s.

Embody this era by going for eye-catching darker colors that let everyone know your opinion is the only one that matters to you. Keep it simple everywhere else—neutral tones on the face.

Exude confidence that only a bold, dark lip can show and reveal your inner 90s renegade! 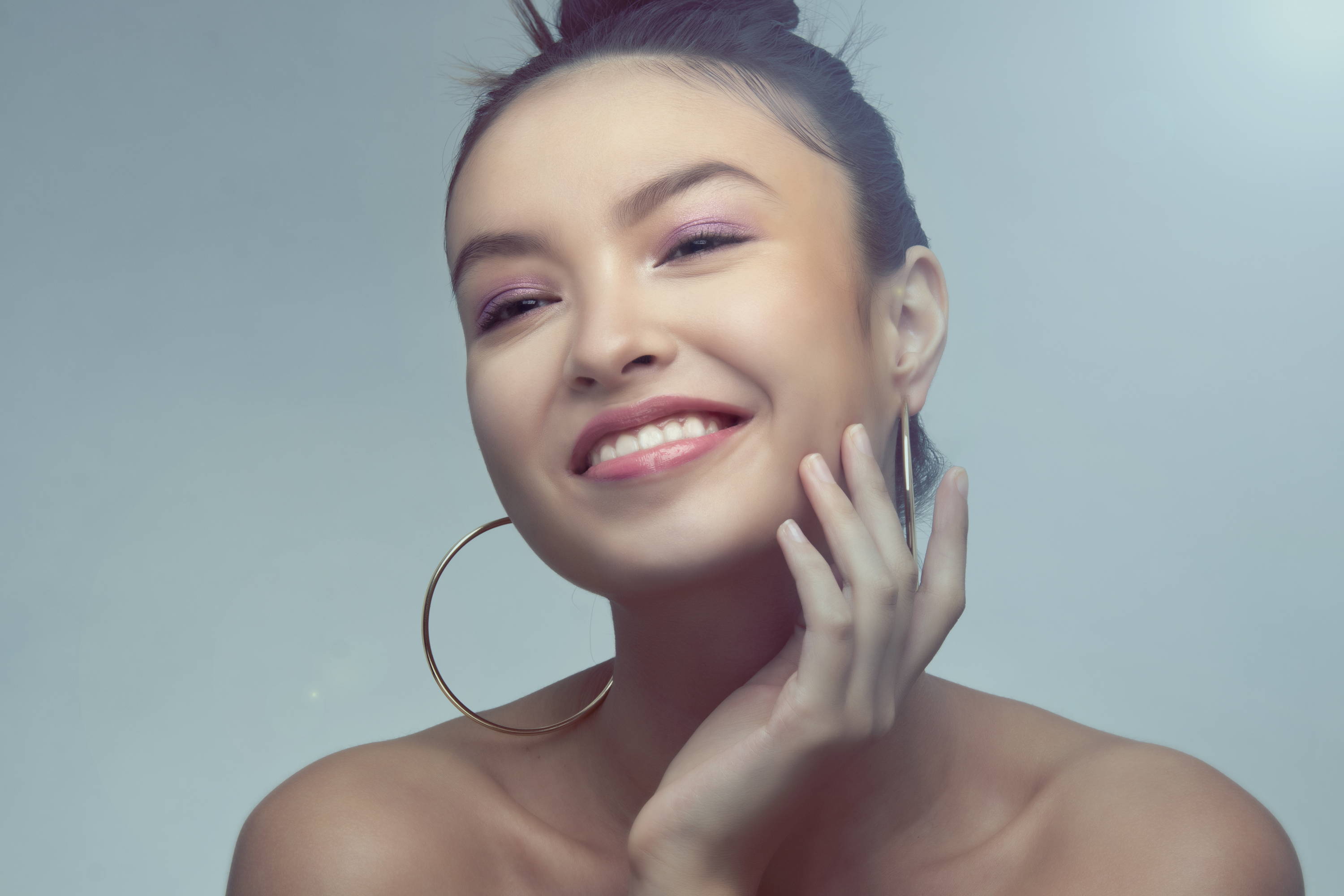 We started the new millennium afresh when the 2000s rolled in and we went from punk rock to bubblegum pop.

Paris Hilton’s moneymaking line “That’s Hot!” became an everyday phrase that people wanted to live up to. With the icons of the time, including Britney Spears when she first did it again to when we just met J.Lo from the block, the early 2000s was an era of optimism, brightness, and pink!

The vibe of the new millennium was very much going back to that age of innocence.

As a new age was born, so did the colors revert back to pastels, baby pinks, and frosted gloss. The look they were going for was definitely more on the cute side and you can pay homage to this look today by adding a touch of that new age with a glossy, frosted pink lip. 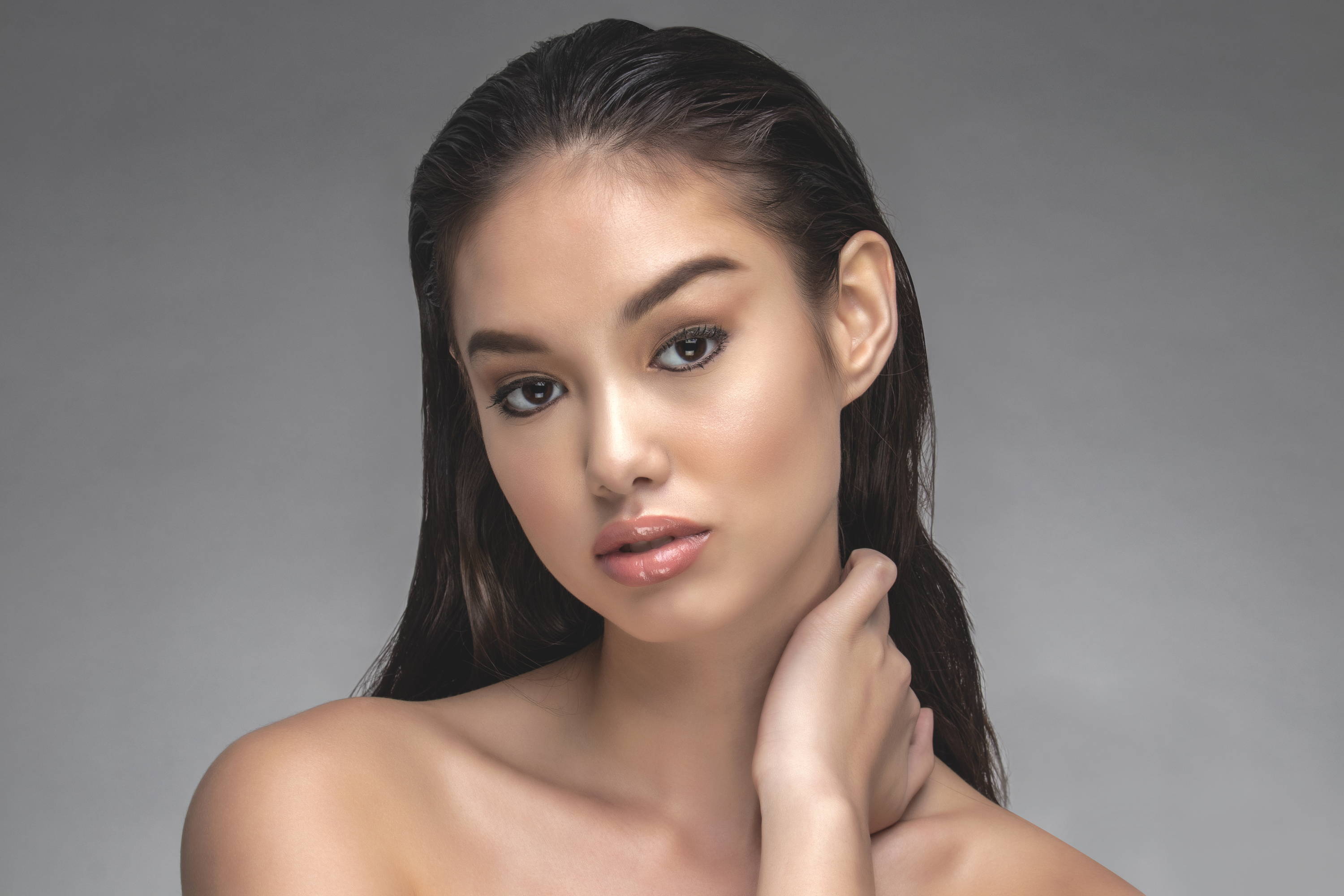 The Rise of the Millennial: The 2010s

As the new 20s dawns closer with 2020 just around the corner, we’re marking the end of another decade and a return to the new 20s.

Where before, vibrant colors ruled the scene, the vibe the 2010s is known for is a deep study back into basics. This is the age when matte liquid lipsticks and full, plump, glossy lips dominate the market, social media, and pop culture, especially with the ever-present popularity of lip kits in nude colors that are often referred to as “your lips but better!”

Pay tribute to the present with these incredible shades that, years from now, are sure to be classics in the making.